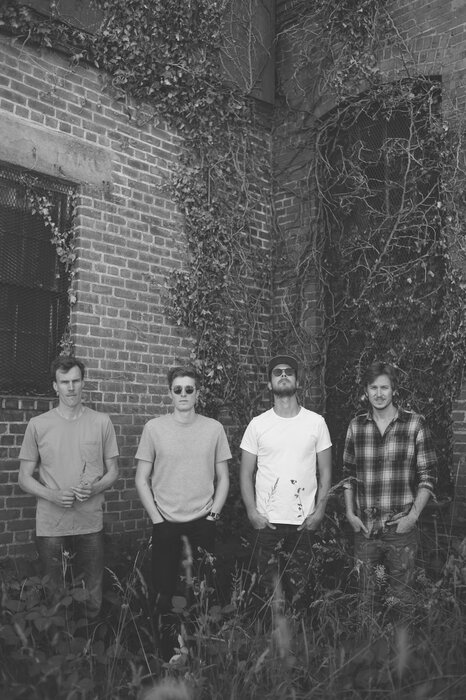 Current Swell are done with talking.

“If this is our time, why don’t we take it?” singer Scott Stanton sings on Current Swell’s newest album. “If this is our life, why would we waste it talking the night away?”

The band have been talking for almost a decade, now, and — make no mistake — talking well at that.

And people have been listening intently for just as long. After winning the (102.7 FM) Peak Performance Project in 2011, fans all across the world took notice of the Vancouver Island-based band and their West Coast rock sound.

The band’s success has been based off their ability to talk in profound and uplifting ways, whether about unconditional love (‘Young and Able’), the cycle of life and death (‘When To Talk and When To Listen’), or fame and success (‘Keys To The Kingdom’). Their talking has led them to sold-out tours in North America, Brazil, and Europe, with thousands of tickets sold across four continents and well over 50 million streams worldwide.

Current Swell have spent their time building up energy, buoyed by the return of founding member Louis Sadava on bass and the fact that they’re making music that they like. It’s easy to hear it in the tracks. It’s impossible to listen to ‘Buffalo’ and not smile and tap your feet, and you can tell the band felt the exact same way in the studio.

Renewed and rejuvenated, Stanton, Sadava, Lang, and co. are stepping into the expectations of a new album and a new tour with a hard-earned confidence and a well-worn grin.
Back to Artists
© 2022 All Ways Home Music Festival