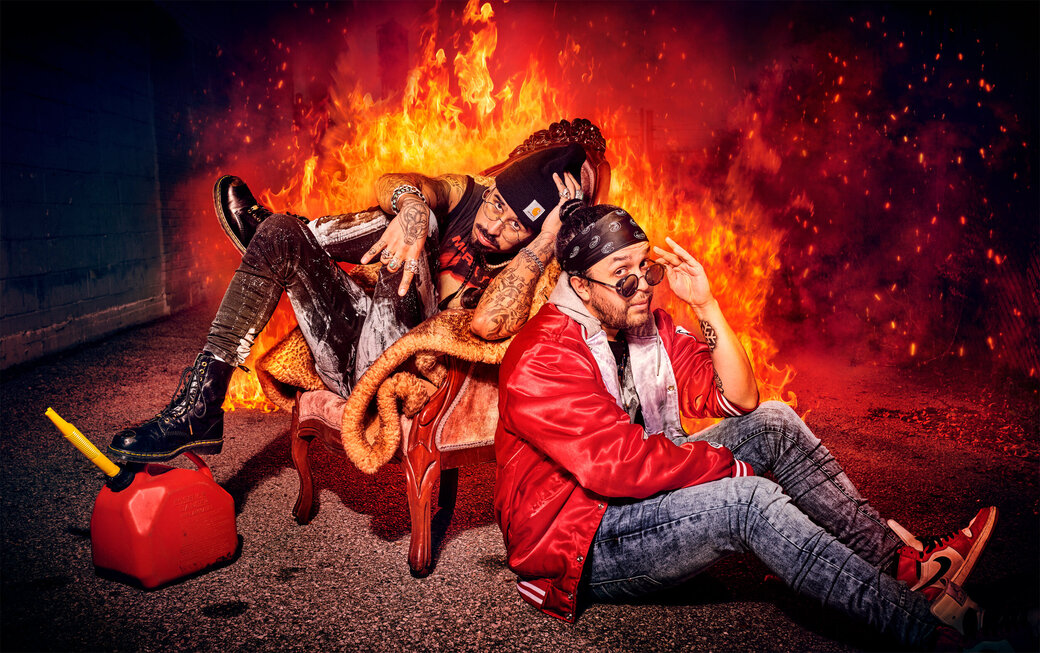 Snotty Nose Rez Kids is a Canadian Hip-Hop duo of Haisla (Indigenous) descent from Kitimat, BC, composed of rappers Yung Trybez and Young D. Formed in 2016, SNRK released their first self-titled album in January 2017, and followed up that same year with their second full-length, The Average Savage in September 2017. The latter went on to secure them Best Hip Hop Artist at the Western Canadian Music Awards, cemented them on 2018’s Top 10 list of the coveted Polaris Music Prize, and landed them a 2019 Juno Nomination for best Indigenous Music Album. The group toured heavily in Canada with appearances in New York City, Seattle and Darwin, Australia. They quickly gained notoriety for their energetic, inspiring and thought provoking performances.

SNRK led 2019 with the debut of their third album, TRAPLINE, which received stellar reviews from Exclaim!, Beatroute, Bandcamp, Hip Hop Canada, Now Magazine, Georgia Straight, and CBC Music, and picked up press support from Complex, The Hype Magazine, Okayplayer, Noisey, and the FADER. The duo embarked on a 60+ show tour of Canada, US, Mexico, UK and Australia receiving a groundswell of support for the album and for the tour show, scoring 9/9 on multiple Exclaim! show reviews. That same year, SNRK won Breakout Artist at the Western Canadian Music Awards and the album was shortlisted for the Polaris Music Prize, marking SNRK as one of only three artists to ever be shortlisted in back-to-back years. They rounded out the Year with TRAPLINE listed on numbers Best Album of the Year lists. TRAPLINE was named one of the 50 Best Albums of the 2010’s, Top 10 Hip Hop Album of the Year, and Top 50 Songs of the 2010’s for Boujee Natives by Exclaim!. SNRK begin 2020 with the release of their first EP, BORN DEADLY.
Back to Artists
© 2022 All Ways Home Music Festival